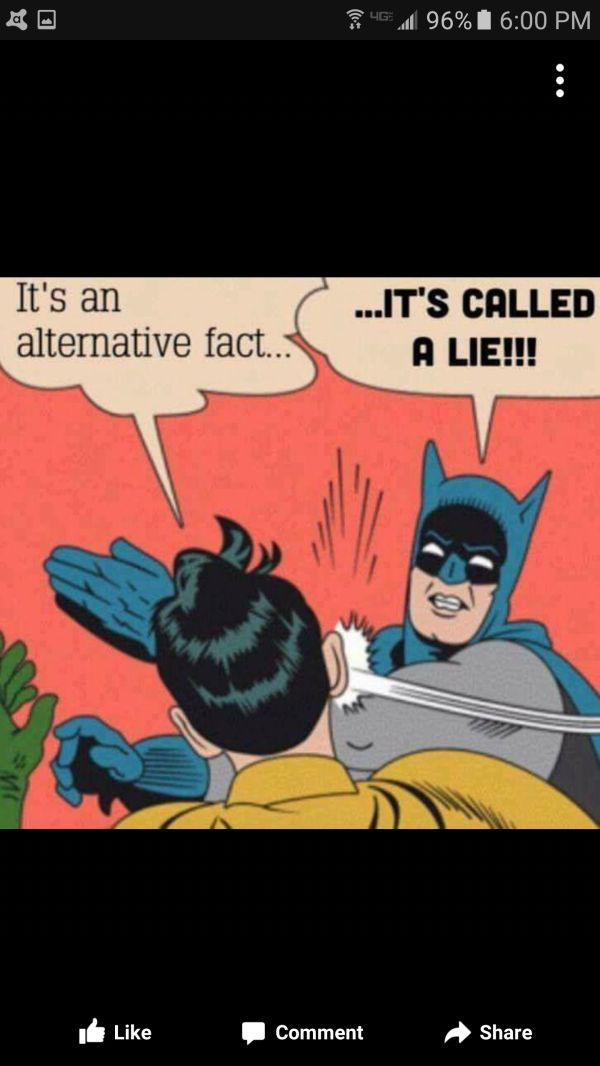 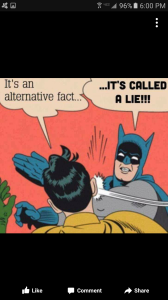 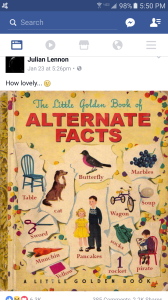 Disagree or agree, united or divided, perhaps this is one thing that we all can agree on. A young lady of sixteen who won the Americas Got Talent, Jackie Evancho who sang the National Anthem at the recent Inauguration did an amazing job.

Earlier, on the way home from a swim meet, I had a talk with my 17 year old daughter. She was explaining her despair and frustration over nasty girls leading her senior class. These girls are well … 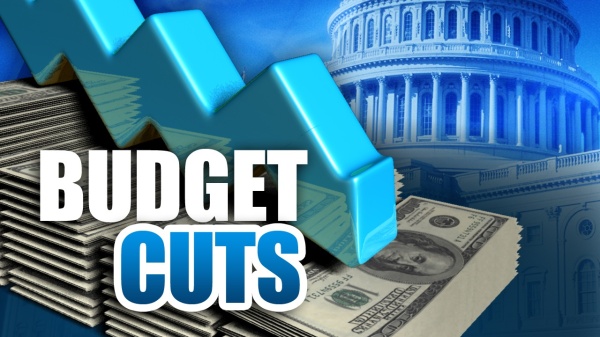 Those who may not have heard the latest pertaining to the Trump Administration, here are some key points to keep in mind as our country moves foreword.

First, allow me to bring some bad news to most of us that still use the postal service to mail letters. As of Sunday, they are increasing the price from 47 cents to 49 cents. http://www.msn.com/en-us/money/markets/forever-stamps-will-cost-more-starting-sunday/ar-AAlZYlB?li=BBmkt5R&ocid=spartanntp

How many remember Sesame Street, parents favorite show for their children, not sure how the Millennials or younger generation feel about the Public Broadcasting show, Sesame Street, but for the rest of us, we will have to be prepared to possibly say goodbye to the show.

PBS may also be on the chopping block, “Off with their head”.

it is a Private, nonprofit corporation, founded in 1969. However their members is largely made up of America’s public TV Stations and the public viewer that donates allowing for shows like Downton Abbey, Sherlock and Finding Your Roots. However, on their Webpage they state receiving funding from the government as one of their sources of funding.

Here’s another one that will take the slow walk to the guillotines. As reported by, The Hill, The Slot, and Spin have all reported the same news within the last hour.

I wonder if this comes about when “Rocky Balboa ” tuned Trump down for a position? 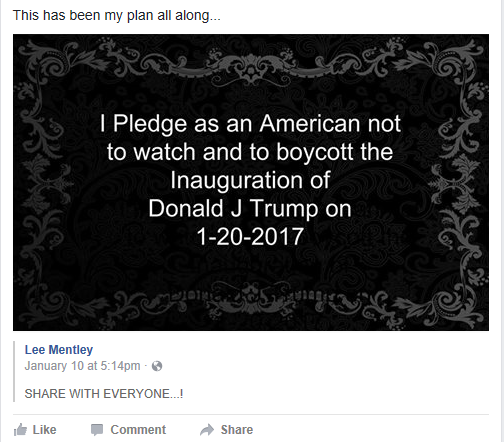 In light of recent protests of President-Elect close to forty plus leaders stated they will not attend the Inauguration. The count is now up to fifty possibly due to the Trump Vs Congressman John Lewis tweets. 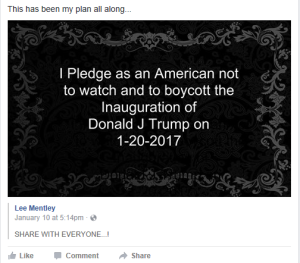 I then began to see on Facebook, several memes of protesting the inauguration by not watching it on the boob tube. According to polls, Trump is at 40% favorable which dramatically dropped since his campaign. But why do I believe that this protest of a few will fail. We have heard that over 200,000 plus woman will march the day after the Inauguration and possibly more counting local area marches. Quite a few people, right? Yes and no.  I will explain.

How many times in the past few years, weather on the news or Facebook protests pleas to not fuel up on a certain day? Did they work?

Of course they didn’t work. Why? People still went to work, still filled up their vehicles, maybe a few were faithful and did not fill up on that day. Buses still drove kids to school. In order for this to have worked, you have to hurt them where it really counts to get the message across and we keep failing to drive the message home.

How do we get the message across, by being unified as a true nation like the recent protest of the Pipeline in North Dakota. People from all walks of life and different states came out to join the protest, day and night, not leaving, persevering and moving forward.

Gasoline market, hurt them by their financial gain, their bottom line much like our own wallets. The inauguration, for most of us is broadcasted on the networks which in that realm is TV ratings. Although, some may refrain of tuning in, some will be curious, tempted to take a peek, while others may think recording it might be an option, however some networks are able to gauge viewership that way too. For instance,

“What many consumers don’t know about their DVRs is that in addition to retrieving scheduling information, they also share data about what you’re watching and when. You might remember the notorious Janet Jackson “nip slip” during the 2004 Super Bowl halftime performance. After the incident, TiVo released a statement calling it “the most TiVo’ed moment,” as TiVo users paused and replayed that clip more times than any other moment in the history of TiVo up to that point [source: Reuters]. While that in itself is interesting, the underlying point is even more revealing: TiVo and other DVRs collect your viewing information, and DVR companies are even using that data to release their own ratings numbers for recorded programs.”

That is why I think this will fail, we as a nation do not unite and follow through.

Let me know your thoughts. 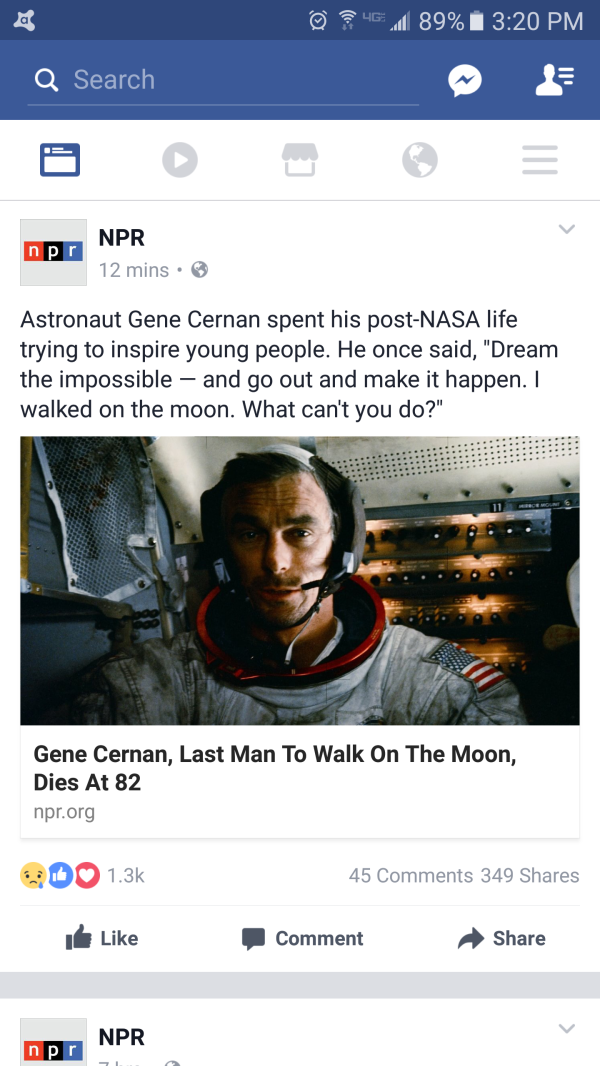 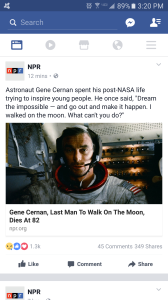 “How could we have voted this monster into office?!!”

To answer this we would have to go back in history to our founding fathers whom are responsible for drafting that bill and placing certain people in a special group to decide who will actually get into office. I’ve blogged about this before and this is one of the things we learn in history class, provided the teacher is good.

The Electoral College was placed in the event that we the citizens of the United States were viewed as dumb and ignorant to place a person in office.

There are augments for both sides of the coin, perhaps they had reason to do so and this Jay Leno video gives enlightenment to that one aspect as to why.

So, if one of your friends or relatives has the same question, comfort them by saying, “WE DIDN’T” put this creature in office, the Electoral College did.

Tit for Tat a phrase derived from a 1556 English term “Tip for Tap”, a phrase used to describe “blow for blow” the 1935 movie “Tit for Tat” staring Stan Laurel, Oliver Hardy, Mae Busch demonstrates this to a Tee. Our friend, Gary Loggins  could possibly give a better description of this movie than I.

The Twitter feeds have been exploding since Congressman  John Lewis whom most of know as an iconic leader in Civil Right Movements stated that the President-Elect is not a legitimate President.  This is a day where we are supposed to be celebrating Martin Luther King Jr march for Freedom for all, putting a stop of hanging, torturing, segregation, burning, bulling  and plain pissing on a person rights cause of their skin color. Instead, we get Tit for Tat tweet storms that is not solving anything.

When will we as a society learn from our past mistakes?  “you punch me in the eye, I will punch you in the groin.” This appears to be the main stream these days. Kind of makes one fear the “Finger on the button”. 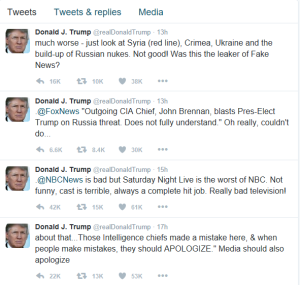 Sometimes, this scribe forgets that we are dealing with a person that retaliates anyone that does not agree with him and get inline like good little sheep should. After all, sheep are very easy to silence than larger animals.

Time for some levity.