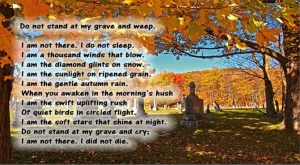 Let’s enjoy a cup of Coffee or Tea together this morning once again.

Where was I yesterday? Well in a previous post I mentioned that I

would be out of town leaving @ 4:00 PM to watch a middle school football game that Deb’s Nephew was playing in. This was my first indoor under a dome experience. Granted it was not a Canadian of American League game, but none the less under a dome. Although the dome was very

nice, I did have a few rants or pet peeves about how they kept score. The opposing team eventually fought for six touchdowns each worth six points, like the NFL. After said touchdown, each extra point(s) were worth two points. So, six times six equates to thirty-six points and the extra two points, six times two points equals twelve points.  So, 36 + 12 is 48 while the scoreboard reflected a score of 55 points. It is obvious that the scorekeeper needs more basic math classes! I found myself irritated wanting to know which school they attended so that I would know which ones to keep my son away from. I found myself at certain points of the game acting like Sheldon from “The Big Bang” show, Maybe it was just a lack of attention or not taking the score keeping serious enough, but to allow an extra seven points and no one noticing but a few of us (Deb’s Step-Dad myself and three others who are unknowns), in the small crowd was alarming to me. I was surrounded by morons!

For those that read this far.

I do have some comments to get to that were left for me, and I also need to make some comments in Reddit. Today Deb has the day off for a Doctors appointment and also the junkyard is picking up Deb’s car that was trashed in the flash-flood that we were trapped in a while back. You can read that one here: I ALMOST DIED LAST NIGHT!

I thank you for letting me rant this morning over our coffee.

As always, please leave me you thoughts!